‘There is no plan to remove TEMSCO’

The assembly voted on March 18 to send a memorandum of understanding (MOU) to TEMSCO, following a public show of support for the helicopter company to remain in its current location after Skagway takes back control of its port in 2023, when its lease with White Pass expires.

“This MOU will serve as a vehicle through which the Municipality and TEMSCO will openly communicate to plan for future utilization of the Port of Skagway by TEMSCO, and for the transition from the current long-term sublease, in which both parties and the Skagway community have a beneficial mutual interest,” the memorandum states.

“It’s not an agreement to agree,” Assemblymember Orion Hanson reiterated, pointing to the MOU’s language.

After TEMSCO was not included in the first stages of the 2023 Skagway Port Master Plan, the municipality received over 60 letters from concerned parties.

Tom Cochran, chair of the Ports and Harbor Advisory Board, didn’t think the letter writing campaign was organic.

“It was an orchestrated, targeted campaign,” he said.

“There is no doubt that they are an asset to this community,” Cochran said, but asked residents to look deeper.

“I believe it is important to reiterate that TEMSCO is owned by Southeast Stevedoring, who also owns Cruise Line Agencies of Alaska and AAmak Towing. They are also owned or at least controlled by Survey Point Holdings which claims to have a majority stake in the ownership of White Pass. So in that light, is TEMSCO just another head of the beast that currently controls our waterfront?”

“Let’s be perfectly clear,” Cochran said. “There is no plan to remove TEMSCO. The lease that TEMSCO currently has is a lease with White Pass. That lease expires in 2023 just like all the other waterfront leases.”

Cochran stated it was his personal belief that “TEMSCO is in the best possible place they could be.”

In correspondence sent to the assembly for the March 18 meeting, TEMSCO stated, “TEMSCO’s waterfront location is the only location in Skagway that provides the highest level of separation between helicopter and fixed wing air traffic, reducing the risk of a catastrophic mid- air collision. This improves safety for residents and visitors.”

Long-term resident Donna Griffard described TEMSCO as, “a kind, giving, visually appealing company who are good land stewards,” and advocated they be allowed to remain at their current location. She noted the service they have given to the community.

“Over the years TEMSCO has aided in many search and rescues and at times was the only option that was available. They have medevaced locals when planes and ferries were unavailable and other options didn’t yet exist. One time, a quick thinking pilot with an employee even hovered over the ocean and pulled passengers from the freezing water when the plane they were in went down. Lives have been saved due to skilled, fast actions of TEMSCO employees that were in the right place when they were most needed,” Griffard said.

Red Onion Saloon owner Jan Wrentmore said she too loves TEMSCO, but “you can’t design your port around any single business entity. That’s not what planning should be and it shouldn’t be a popularity contest.”

Wrentmore described TEMSCO’s current locations as “one of the most beautiful scenic views in the whole valley.”

“I don’t think they need to land their helicopters right on the riverbank. We should have access to that,” Wrentmore said. 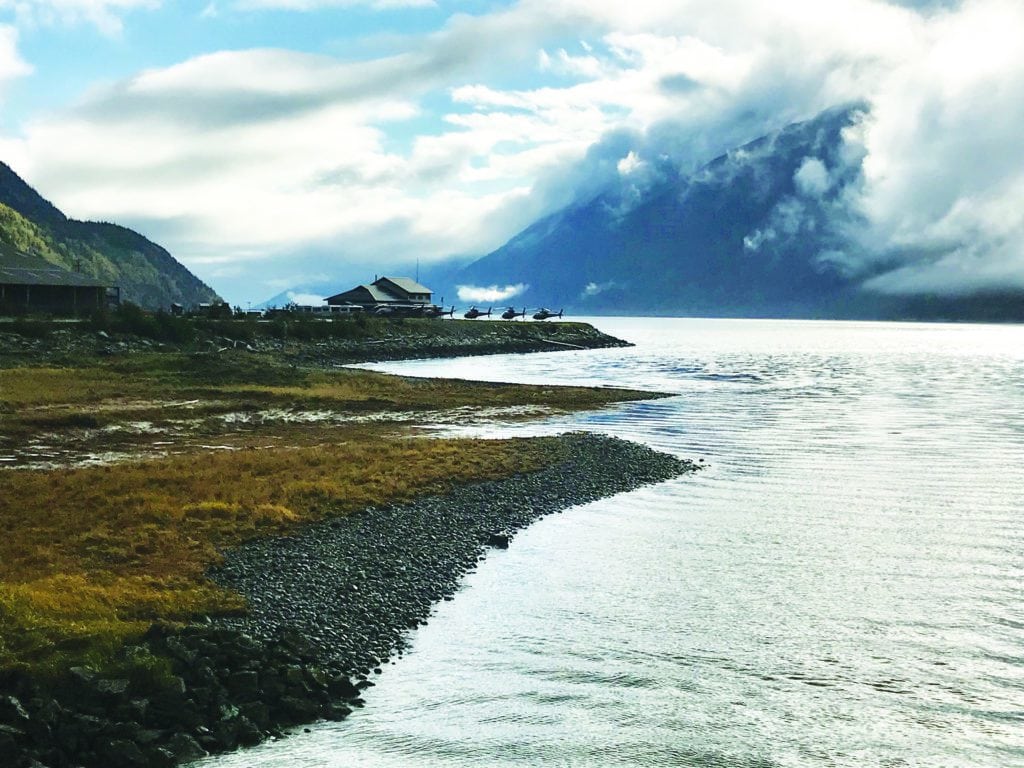