Harley was born on July 18, 1927, in Spokane, Washington, the son of Walter Brotherton and Gladys Almira Swank, and brother of sisters Elma Storer and Yvonne Marker. Harley’s family moved from Spokane to The Discovery Bay area when he was very young, where he learned the fishing, hunting, outdoors and logging skills he would use for the rest of his life. In his younger years he worked in the paper mill and logging industry in the Discovery Bay area, including for Port Townsend Timber Company and Buck Mountain Logging. He graduated from Quilcene High School in 1946 having played football his senior year. He joined the U.S. Air Force in 1948 and was approved for a dependency withdrawal in 1949 to move his mother and younger sister to a dryer climate for health reasons. His first home purchase was for his mother in Entiat, Washington, where he worked for a time in an Apple Box factory. Harley married his Quilcene sweetheart, Mary Barbara Miller, in December of 1951 and then attended George Fox College, graduating with a bachelor’s of arts degree in 1955. Following graduation, he worked for Quilcene Telephone Company.

In 1960 Harley transferred to Tok, Alaska, with Alaska Power and Light, arriving in mid-winter with Mary and five young children in tow. While in Tok, he began a long legacy of hunting and fishing in Alaska while also adapting to the bitter cold of the Alaskan interior. He transferred with Alaska Power to Skagway, Alaska, in 1962 and participated in local theater, and regularly performed the Robert Service ballad, “The Shooting of Dan McGrew,” in the “Days of 98” Show. He continued to pursue his love of hunting on the Slana River, fished, and enjoyed hiking the Upper and Lower Dewey Lake trail with his family. He left Alaska Power in 1966 and moved to Anchorage where he attended the University of Alaska, Anchorage, earning a master’s degree in English. He worked a variety of jobs during his 45 years in Alaska, including as an electrician, logger, North Slope equipment operator, DEW line (distant early warning) radar station electrical maintenance monitor, junior high teacher at Wendler Jr. High and sawmill owner/operator until his retirement in 1992. In 1989 he joined the Anchorage Community Chorus and sang with them for several years. Early in his retirement he drove a tour bus for Mount Denali tours, regaling the occupants with Robert Service ballads and years of hunting stories — his story telling was epic! While in Alaska he raised six children and taught them the joys of hunting, fishing, boating, exploring and berry picking. In 2005, Harley and Mary returned to the family homestead on Lords Lake Loop Road in Quilcene to help care for Mary’s mother, Mary Miller, and rebuild the old house.

Growing up in the Depression era on Discovery Bay shaped Harley into a strong, resilient, enterprising person. There wasn’t anything he could’t figure out, no matter what resources were available. He was a member of the Friends Church since 1945 and was a current member of the Quilcene Bible Church. He loved kids and was a magnet for babies and young children. He had a passion for chess, woodworking, jigsaw puzzles, memorizing/reciting Robert Service poetry and gospel music. He was truly one of a kind, and a wonderful husband, father, grandfather and great-grandfather. He will be sorely missed! He had just turned 94 and lived a full, wonderful life. Harley’s wish was to have his ashes scattered at Mile 92 in Birch Creek, his favorite hunting area for 40 of his years in Alaska. 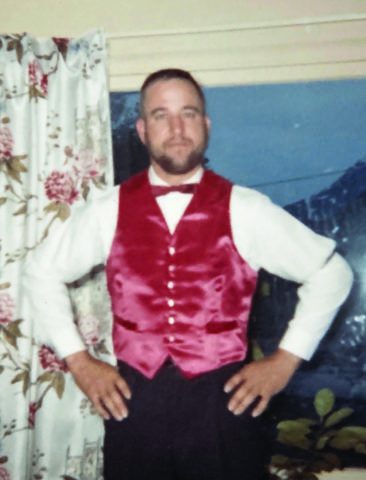 He is preceded in death by his parents, Walter Brotherton and Gladys Almira Swank, his sisters, Elma Storer and Yvonne Marker, and his sons, Timothy Bruce Brotherton and Daniel Alan Brotherton.

A celebration of Harley’s Life will be held on Saturday, Oct. 2 at 2 p.m. at the Quilcene Bible Church, 29543 Hwy 101, Quilcene, Washington. The service will be officiated by Pastor Greg Griesemer with a potluck reception to follow. In lieu of flowers, the family asks that donations be made to St. Jude’s Children’s Research Hospital (stjude.org), Harley’s favorite charity. Condolences for the family may be posted online at elementalnw.com under “obituaries.”