The Skagway girls basketball team opened the season with a split at home against the Thunder Mountain (Juneau) JV team on Jan. 7-8. The Lady Panthers dominated the opener 55-37, using their press to force many turnovers that they turned into points. However, Skagway got into early foul trouble in the second game and never mustered a rally to catch the Falcons, who won 37-28. The Panther boys open their season Jan. 21-22 at home agains Hydaburg, and then both teams hit the road Jan. 23-29 to Angoon and Kake.           Photos by Jeff Brady 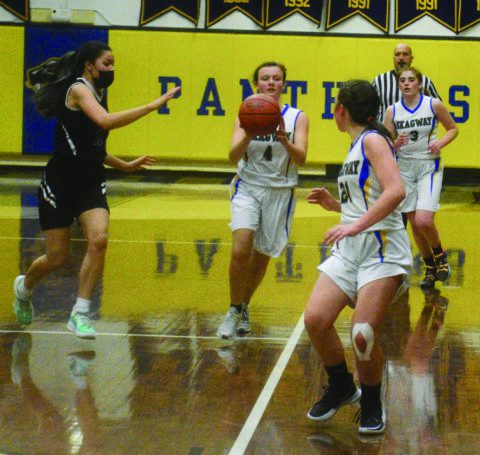 Athena Smith passes ahead to Lennon Jennings after a steal in the backcourt. Jennings led Skagway with 9 points in the second game. 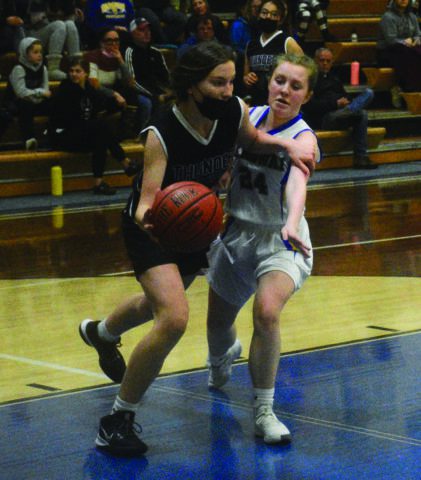 Eighth grader Kenadie Cox had no fear defending against the Falcons. 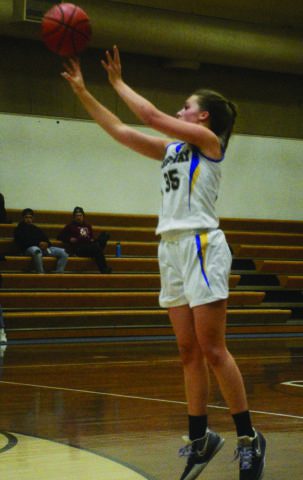 Tatum Sager knocks in a 3-pointer. She led all scorers with 27 points in Skagway’s 55-37 opening victory.

About the Author: Staff writer