The world lost one of its brightest lights on May 2, when Natasha Marie Kraus passed away surrounded by friends and family at University Medical Center in New Orleans. She was 28. She is survived by her mother Michele Pelkonen and husband Veli-Matti, her father Michael Kraus and wife Marion, and two sisters Anastasia Marston and Victoria Kraus. She also leaves niece Cordelia Marston, grandmothers Rolande Kraus and Sharon Richardson, and brother-in-law Sam Marston. Natasha was loved by aunts and uncles George and Star Kraus, Mark and Karen Anderson, Kevin and Janet Jackson, Shawn and Nancy Howard, Cecelia and Marcus Mitchell, and cousins Travis, Eric, Katie, Megan, Liam and Kevin. She was preceded in death by grandfathers, Raymond Richardson and George Kraus.

Born in Southern California to Michael and Michele, they relocated to Covington, Louisiana where she grew up. From a young age, Natasha loved the kitchen. Her parents put locks on the cupboards and fridge because she would pull out all of the dishes and food and spread it across the kitchen floor.

She kept that passion for food throughout her life. She organized “family dinners,” with close friends in Skagway, and cooked with her grandmother in-law, Hillivi Pelkonen, in Finland. Though neither could speak the other’s language, preparing food and enjoying meals was how they communicated.

Her sister Anastasia is six years older, and Victoria is 18 months younger. Anastasia says Natasha loved to connect with and care for others. Anastasia says she was daring yet introspective, and her voice and laughter would fill a room.

Victoria says Natasha was her inspiration and that they continue to share a personal spiritual connection.

Allison Cox met Natasha just before high school. They became best friends and spoke every day for the last 15 years.

When Natasha was young, her father brought her to the Cherry Blossom Festival in Washington D.C., where he said she was the belle of the ball. When she graduated high school, her grandmother, Sharon Richardson, took her on a cruise. They visited 27 countries in 28 days. Natasha loved to travel.

She also loved animals and worked at Microchip ID in Covington which helped people find lost pets. She moved to Finland and spent nine months at a veterinary software firm where her mother also worked. When her work visa was denied, she moved back to Louisiana. Then in 2019 she found Skagway.

Her mother says Skagway felt like home for Natasha. She took a job at The Sculpture Garden, a place she’d often daydream of buying. She was a tour guide for Beyond Skagway Tours and an interpretive ranger at the National Park Service.

Her co-workers say she devoured local history books. They recalled how when they complained about a tough day at work, Natasha talked about the new friends she’d made.

Children adored Natasha and she adored them. During the COVID pandemic, she took jobs at Little Dippers Daycare and the Skagway School.

Her close friend and coworker Jessica Jagelski, remembers when she first heard Natasha command the attention of a group of fourth-graders. “I was so proud of her, she found her teacher voice!”

Natasha loved to laugh and live in the moment.

She also had a fiery side. Friend Joe Torregrossa played video games with her on Saturday mornings and said Natasha didn’t like to lose.

Torregrossa had a collection of motorbikes and let Natasha borrow Phyllis, a scooter covered in stickers. With Phyllis, Natasha found an escape, and the freedom to roam.

She couldn’t buy it though, and while she was in Hawaii, Joe sold it to purchase a motorcycle with a sidecar.

Natasha didn’t speak to him for days. But when she got home, they went for a ride and she confessed that she loved the sidecar. After that, they rode all over town, even in the dead of winter.

Natasha will be remembered as beautiful inside and out, with her huge personality, blue eyes, and a giant smile. She loved to dance, and though she couldn’t carry a tune, she loved to sing.

She also struggled with anxiety. Cox remembers crying with Natasha as they worked to find ways to overcome the condition they shared.

In the last year of her life, Natasha visited almost every member of her family. She went to Finland and helped her mother adopt a toothless dog named Simos.

Her last stop was New Orleans to see Cox. They planned to get matching tattoos reading, “No matter where.”

Natasha, who always saw the best in people, spent time with an old friend struggling with homelessness and addiction. Natasha credited marijuana for helping her overcome her anxiety. Before she left her friend, she accidentally ingested trace amounts of Fentanyl, possibly while sharing marijuana. The doctors aren’t certain if the Fentanyl caused her death, or how it got into her system.

She had a heart attack while stopped at a red light just blocks from Cox. Paramedics revived her, but after five days on life support, she died.

The family shared her cause of death so that others don’t have to go through their pain. They encourage the testing of any drugs, even from friends.

Natasha’s last gift was to donate her organs. She saved four lives so far with her liver, kidneys, pancreas and heart. 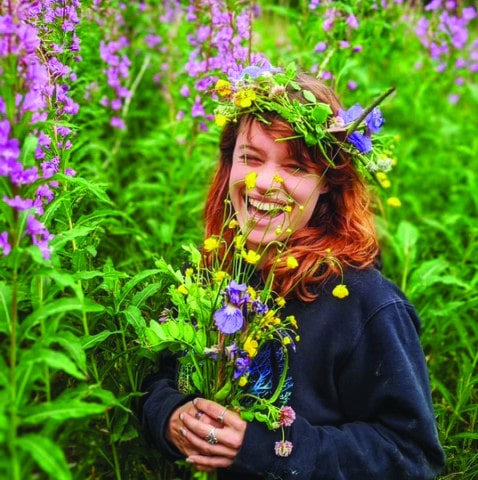 She was described by all who knew her as a bright light that was taken too early from this world. As her sister Victoria says, the world needs more energy like Natasha’s.

There have been intimate celebrations of life in Covington and Skagway. A large gathering is planned for October 5, 2022, in Skagway to scatter her ashes amidst the places she found the most welcoming of all.